I read this news tidbit in the Financial Section (?) this week....

Ken Tries to Win Barbie Back by Valentine's Day

by Parija KavilanzFriday, January 28, 2011
Ken is on a mission this year. He wants Barbie back.
He's sporting a new Justin Bieber-like look, and a new name: Sweet Talkin Ken.
And he's not holding back in his quest to woo Barbie back — by Valentine's Day.
Here's the scoop.
Don't be surprised if you see billboards in New York and Los Angeles with Ken professing his renewed love for his ladydoll, declaring "Barbie, you are the only doll for me."
Even better, "Barbie, we may be plastic but our love is real."
Ken and Barbie fans may also have picked up on the famous exes flirting on Facebook, or noted that Ken checked in on Foursquare at the famous Magnolia Bakery in New York to get special cupcakes for his favorite girl.
Ken's thinks he's the ultimate boyfriend but Barbie fans will have to wait a few more weeks to find out if he succeeds in his quest.
Breakup that rocked the world: Ken and Barbie shocked their fans — and the world — when the doll world's "golden couple" went splitsville in 2004.
The couples' romance began 50 years ago when they met on the set of their first television commercial together in 1961.
When they unexpectedly split, their PR reps said both Ken and Barbie needed to spend "some quality time apart."
Even celebrity dolls' relationships can crack under the constant glare of the media.
More skeptical observers called it a very clever publicity stunt aimed at reviving sagging sales of Mattel's most iconic brand.
Barbie was slowly but surely getting knocked off the toy shelf by her funky hip-hop nemesis at the time — Bratz dolls.
So Mattel needed to spice up Barbie's game. What better way to do that than through a carefully crafted split up with Ken?
It brought Barbie a lot of attention.
Mattel repositioned Barbie as a single, independent woman and used the split with Ken to extend the Barbie brand to clothes, perfume and other merchandise that would also appeal to older consumers.
Did the gimmick pay off?
Barbie sales in the United States have improved over the last few years. Now maybe if she decides to take back her "arm candy," Ken could help Barbie become this year's queen of dolls.
------------------------------------------------------------------------------------------------------------------------- 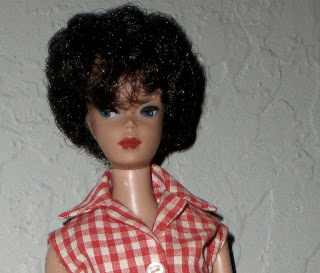 Those of you who have read my blog from the beginning know that I love Barbie. Well, I love MY Barbie. I am not one of those ladies (and some men) who collect them and go to yearly Barbie pink-world conventions and gatherings.


For my Barbie posts (which were pretty funny, in my opinion) you can go here to read Barbie Is 50, Mother's Day Barbie, (Mothers Day Barbie actually talks more about menopause!) , Menopausal Barbie and What A Doll!.


Regarding this disturbing new article.........


I'm sorry, but Ken just does not do it for me and I do not think he is worthy of Barbie at all! ESPECIALLY with what the news article calls "a Justin Bieber haircut"!
Once again I give a photo of Ken and a photo of G.I Joe. Who would you choose?
Please! 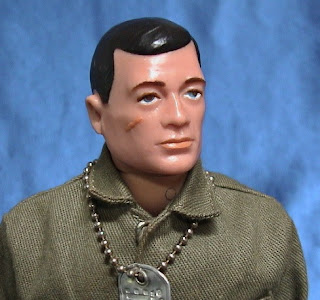 Sorry Ken, it's time to give up okay? You had better find another Valentine this year. Just sayin'.