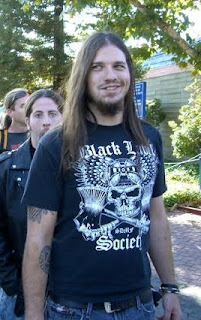 Bittersweet would be the overriding emotion that kept me up most of last night. There were some tears muffled into my pillow. Rocker Son told us he & two of his friends had found a cheap house in town that they would be moving into during the second week of December.
He is 23. I was happily married in my 23rd year. So it's not like he is too young. He is ready & even though he has a very low paying job, this will be the motivation he needs to look for something better. It's really all good.
So why does my heart hurt a bit? I love the idea of being alone with Hubs & turning Rocker Sons disgusting bathroom inside out to reclaim it! I like the thought of turning on the stereo without it blasting my eardrums. His bedroom will no longer be the hidden secret room of shame I could never let a guest look into.
But...... 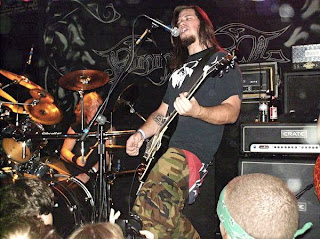 I don't know. It's the end
of something important. The end of an era isn't it? How often will we see him? He already appears to barely tolerate us sometimes. I am going to miss those puppy dog eyes. Even though they usually look slightly guilty. Rocker Son is our youngest of two sons & he has chosen a lifestyle completely opposite ours in so many ways. My love is unconditional & he knows it & clearly appreciates it. He says so often.
He is funny & the most loyal person I have ever met. He is also a completely self taught musician who has been the lead singer (screamer) & guitar player in a popular local band for 5 years. My Rocker Son is gentle even though he appears kinda scary on the outside. I am waiting for the day his outside appearance catches up with his insides. Not that I dislike how he looks, it's more the tough guy image that just is not real. (I know, typical mom talk huh?) 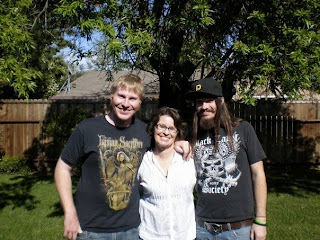 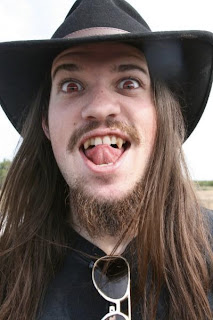 Three more weeks to live with my son. What more do I say to him? What more does he need from me before he leaves the nest? I'm thinking of writing him a letter, I do better that way. Save us both some embarrassment maybe.
But I will still get in as many hugs as I can, embarrassing or not! That is a mom's privilege.
Posted by Brenda Susan at 7:57 PM