Tony - It Was A Love/Hate Relationship. We Loved Him and He Hated Us 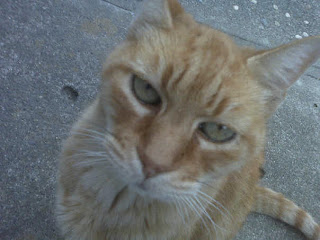 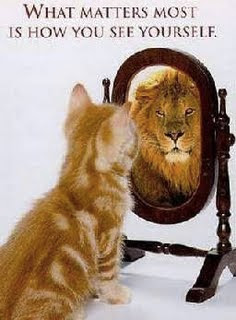 I had not seen our ailing sixteen year old cat for the last two days so today I sent Hubs out to look for Tony. Hubs found him hidden in the ivy that covers our back fence. What I had suspected was true, he was not alive. He had crawled into his favorite spot, curled up to sleep and never woke up. Well actually, I do not know if he was curled up. I did not want to see him, and that is how I am picturing him whether it is true or not. We all knew that Tony was  about done with his final life. I swear he almost died so many times that this had to be the ninth life! Sixteen years ago Tony was a special surprise for Rocker Son's ninth birthday. Our life with Tony had a rocky beginning. 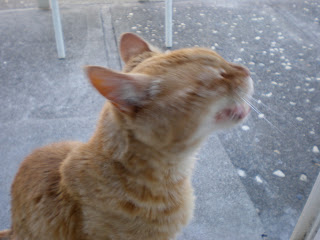 Hubs and I got him from a lady who rescued cats, gave them their
shots and fixed them and then gave or sold them to good homes. As Hubs and I entered her home we began to wonder what we were getting into. There were so many cats moving around that it felt like the room was alive!
But the lady cheerfully led us out to her backyard which was lined with stacks of cages of kittens and full grown cats. I wandered over to the gorgeous persians who could be named "Princess", but Hubs was immediately drawn to a scrawny orange kitten. He convinced me that the poor little thing would turn into a cuddly Garfield kind of cat.
The angular face looked far from the round and healthy face of Garfield but he was ours now and there was no turning back. Rocker Son was ecstatic and very shocked that we got him a kitten! He said that since we had said no to a pet rat, he figured that a "cat cost even more than a rat" so we'd never get him one! Ha! 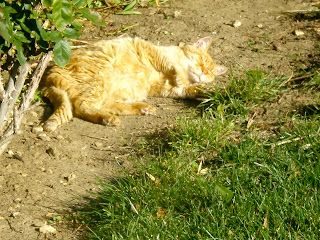 We had temporarily wrapped the kitten loosely in a box and when Rocker Son ripped open the birthday paper, the frightened kitten immediately jumped out and skittered around the entire house with all of us screaming until he finally found the perfect hiding place under a bed! I believe he stayed under there for several days and nights refusing to come out for anything. This is when I realized that the sweet cat lady had not had time to socialize her little orphans and we basically owned a wild kitten. 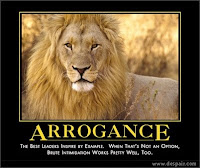 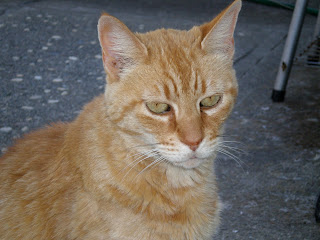 Eventually Tony became a grudging member of our family. But he never became cuddly or anywhere near looking like Garfield. He looked like a neglected ally cat until his final days. Holding Tony was not a calming or soothing experience. You never knew when his internal clock would alert him that petting time was over this instant and not one second longer, on penalty of a scratched hand!
Ironically the one who chose Tony to join our family was the first to change from love to hate. Hubs got the first bad bite from Tony; right out of his nose! I don't believe they spoke ever again except to growl at one another. Tony ended his days looking pretty bad. Do you know what a cat looks like who has decided not to groom himself anymore? It's not pretty and he would not allow me to help at all. Before Hubs got to him with some good scissors Tony was a dread-locked beast. A rastafari cat if you will. Not pretty at all!
But he was still part of our family and the last to leave the nest today. I suppose I should get rid of his food & water dish. Maybe tomorrow.
HEY FRIENDS...Go to GoodBlogs and vote for my sweet Blogger friend Shawna on her first post in that venue. It's hilarious and very snotty!