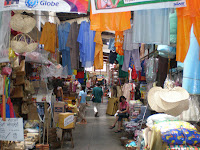 Philippines Update Number Two!
Today is Monday & we are free to wander until 4pm when we will break into groups to go to several slum areas to pray for people. It's been great to have a slow morning to stop & breathe and be amazed at all that God has done in the last few days!Yesterday, Sunday we were in two services that were full to capacity & very noisy & crazy with kids wandering around & the shopping mall noise in the background. (Joe & Primroses' church meets in a large room in a shopping center.) 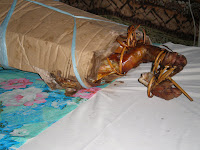 Every once in a while I would see a woman leave & come back with her store purchases! Wow, a great combo of worship & shopping!! Before the message all the little kids came up & did an adorable song with hand motions, they are all so beautiful & quite taken with the PH students!Jon Tulio preached a wonderful message in the morning service. 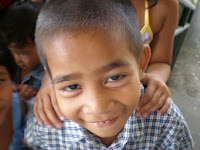 He spoke about being a Phil-Am, Philippine-American & moved into a beautiful message of heritage & inheritance. Jon & Marcia are going to make a real difference here, it's been fun to see the respect they already have with these people.After the message Bill had the PH students come up to the front with physical words of knowledge for healing. We got to see blind eyes opened, ears opened, limbs brought back to health & much more! 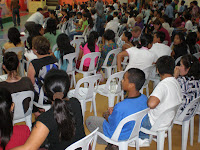 I watched an old man in blue cover his whole face when instructed to put their hands over the place that hurts. After being prayed for he & his daughter walked to the front & said that he could not see clearly but now he could! Bill & Mark held up fingers for him to count & he did so, which brought crazy, loud cheers from everyone. Arms, legs, back problems, headaches, epilepsy, wristpain, all were healed in that meeting!Following the service I saw people all over the place bending, stretching, flexing arms & legs, twisting their necks....it looked like a gym except that everyone had huge smiles on their faces!! 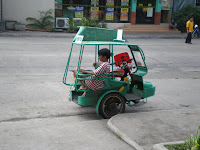 We returned at 2:30 the same day for another meeting with people who came from the mountains & other long distances. Again we saw beautiful healings & much laughter as Bill & Joe became something of a comedy team as they spoke together. (Joe was translating for Bill.) Our students along with the Philippine School of Supernatural & the team from Australia have done a great job of working together on the 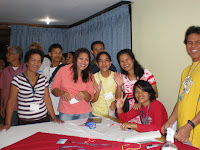 streets & in the services.On Saturday, sorry this is backwards, we divided up into groups & went out into the streets & the local mall to pray for people as we felt God direct. It was agreat experience & we had reports of spasms healed, arms, legs & backs healed. Some of the groups ended up with lines of people waiting to be prayed for! Many of the students have been gathering up street children & taking them to breakfast each morning.We are so proud of all the teams. Our students have given of themselves & been refreshed in return during our own worship times. Please continue to pray for us. The tiredness is beginning to show & we appreciate the sense of Gods presence that renews & gives strength to end our time here in a strong way with no regrets that we backed down in any way.Thanks for your prayers! 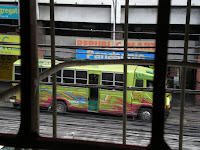